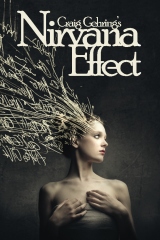 Review: I knew going in, as most works  dealing with indigenous or tribal peoples from an outsider’s perspective, that the work can have aspects I find questionable and which I may be more focused on. Although the author clearly did have a certain story they wished to tell in a certain way, as the description relays, I found the “primitives” (as they repeatedly called them) to be very stereotypical, as well as the suggestions that most anything western was great, good, and beneficial.

It may not have been what the author intended at all, but in their attempt to build their plot: the primitives had to be morphed into caricatures. Especially to the extend they were throughout the whole book, I really feel Nirvana Effect would have been a more balanced, believable and memorable if the members of the Onge were treated as human beings. Just because a group of people or culture are not like one’s own, doesn’t necessarily make their way of life or them inferior to one’s own.

I found the plotting of the story predictable, with the protagonist doing almost everything just as you expect: being forbidden to view a ceremony, but of course he dismisses this warning because he wants to see it anyway. Naturally, he gets in trouble. Repeatedly. Doubtless, some readers may see the Onge tribes as just primitives, exactly the way the author wrote them, so they won’t be bothered by how they were portrayed, and they may like this book well enough. It wasn’t one I found especially readable, but I think it’s important readers give it a chance and make their own decision.

*
Description: “A washed up missionary gets a second chance at his aspirations of a scientific career when he stumbles upon a jungle medicine that enhances mental and physical prowess. But the young native who discovered it has other, more devious schemes for the drug. What starts as simple research becomes a life or death struggle for power that reshapes the destiny of a primitive people and ultimately the fate of Earth.”