Interview With Paulette Mahurin, Author of “The Persecution of Mildred Dunlap” 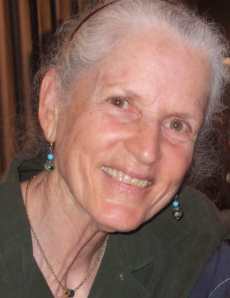 Paulette Mahurin, an award-winning author, is a Nurse Practitioner who lives in Ojai, California with her husband Terry and their two dogs–Max and Bella. She practices women’s health in a rural clinic and writes in her spare time.

First, let me say thank you for having me over to your great blog site for this interview. I’m very grateful for every opportunity to promote my book, especially since all profits are going to animal rescue (Santa Paula Animal Rescue Center, the first and only no-kill animal shelter in Ventura County, CA where I live: http://www.santapaulaarc.org/).

Tell us about yourself:

I’m a Nurse Practitioner, specializing in women’s health in a rural clinic in Ojai, CA, where I live with my husband Terry and our two rescue dogs, Max and Bella. Prior to doing women’s health, I spend years working in the second busiest emergency room in Los Angeles County, with the highest census of child abuse. You name it I saw it. My passions are writing, animal rescue, and advocating for tolerance.

Could you tell us a bit about your latest release?

The story takes place in 1895, just after the imprisonment of Oscar Wilde, and the impact that has on a lesbian couple living in a small Nevada ranching town. It’s a story about hatred, and how it shuts people’s hearts, how hatred is spread, and the devastating consequences that happen, usually to the innocents. It is also a love story, a metaphor on the power of friendship and the strength of the human spirit to rise above adversity and conflict to take the high road. It’s message is tolerance, have your differences but don’t make another human being a label because of them, we are after all, all just human, deserving of human rights. The genre is historical fiction.

Was the story and the lesbian theme sparked by personal experience?

Yes. I had a friend, who shall remain nameless, who was severely abused, molested, and tortured as a child and teenager. No counseling or other supportive help has worked thus far. It pains me deeply that my friend is in the closet, unable to live a life in the sun like flowers blooming, birds singing, dogs wagging tails, and others laughing and connecting from their authentic selves. . When I became ill with Lyme disease and was house bound, I had conversations with my friend and by the time I was better and started a writing class, in which a photo sparked the seed that was to become my book, the combination of the two women in a photo (an exercise from class was to take one of the photos brought in and write a ten minute mystery) and my friend’s saga screamed out to me, lesbian couple afraid of being found out. A lot of what I poured into the story was my angst over the heartache that my friend lives with.

What have you learned about writing and publishing since you first started?

Writing is the easy part. Publishing and marketing, that’s not for the weak of heart. Takes an enormous amount of time to get the word out, whether published or indie. There are a lot of good people out there, networking, willing to help, like you, Annette, and that takes the sting out, big time.

Is there anything you would do differently?

I really can’t think of anything right now. I’ve been lucky with the editors I’ve worked with, lucky with the support I’ve gotten, and lucky with all the friends I’m making who are helping me promote. I don’t know what else I could have done differently. I put in the time writing, had a professional editor (three of them), multiple readers, and sent it out to tons of reviewers. I think the rest is luck, does that one special someone read and endorse it? I guess that’s every author’s dream. I’m still hoping for it, not so much for me, but because all the profits are going to animal rescue and when I think of getting their sorrowful faces out of cages and into their forever homes, with wagging tails, it makes my heart feel good.

Who, or what, if anything has influenced your writing?

My experience with people who have been abused and persecuted. Then there was the research that strengthened my emotional conviction to bring as much truth to the page as I can. Oscar Wildes’ imprisonment, a gross miscarriage of a legal system, did that. It motivated me, brought me to places, that poured out onto the page, and I didn’t hold back. My best teacher has been life, experiences I’ve or others have lived that I’ve encountered. What could possibly be more powerful?

Anything you would say to those just starting out in the craft?

A writer writes. Just sit your butt down in the chair and do it. Doesn’t matter if it’s ten minutes or ten hours. It’s really that simple. Like the Nike commercial slogan, Just do it. And, tell the inside of your head, all the excuses and put downs to shut up!

All profits from the sale of the book are going to animal rescue, to be specific, the first and only no-kill shelter in Ventura County, CA. Can you say something about that? And, where is Ventura County?

It’s in California, the next county south of Santa Barbara County, which you’re probably more familiar with. It’s a large county, over 800,000 and just a few months ago had it’s first and only no-kill animal shelter open in one of the smaller towns, Santa Paula. My husband & I are animal advocates, been rescuing dogs for 28 years. The story of why I am donating all the profits to this rescue group was just written up in the VC Star (the largest circulating press in the county) and I’ll quote from them to answer this very important to my heart question.

“Paulette Mahurin’s eyes light up when she talks about the dogs. An animal advocate, the Ojai resident and her husband, Terry, have been rescuing Rottweilers for nearly three decades.

When her beloved rottie, Tazzie, died last year at age 15, she was heartbroken. In addition to losing her best friend, the dog had been her constant companion throughout Mahurin’s life-altering bout with Lyme disease.” The story then talks about my illness with Lyme disease getting into my heart valves, paralysis, arthritis & meningitis, and goes on to talk about how I attended class when I was well enough, and finally ends with this quote; “In honor of the 15 years spent with her beloved companion Tazzie, as well as her desire to support no-kill animal shelters, proceeds from the sales of “The Persecution of Mildred Dunlap” benefit the Santa Paula Animal Rescue Center.”
Read more: http://www.vcstar.com/news/2012/sep/08/ojai-authors-historical-novel-teaches-tolerance/#ixzz27bNu2fps
– vcstar.com

Tazzie was the most amazing dog. I had her portrait done while she was dying. It hangs in my bedroom where she used to sleep, and I wake every morning and say hello. We’ve had three more dogs since her death, but none can ever match up to my relationship with her or take her place, and some say she may have even saved my life by her constant attention and sensitivity during the worse. She’s now my angel. I hope to give back; it’s my prayer that the profits from my book can get some animals out of death row and wagging in their forever homes.

THE PERSECUTION OF MILDRED DUNLAP

Description: The year 1895 was filled with memorable historical events: the Dreyfus Affair divided France; Booker T. Washington gave his Atlanta address; Richard Olney, United States Secretary of State, expanded the effects of the Monroe Doctrine in settling a boundary dispute between the United Kingdom and Venezuela; and Oscar Wilde was tried and convicted for gross indecency under Britain’s recently passed law that made sex between males a criminal offense. When news of Wilde’s conviction went out over telegraphs worldwide, it threw a small Nevada town into chaos. This is the story of what happened when the lives of its citizens were impacted by the news of Oscar Wilde’s imprisonment. It is a chronicle of hatred and prejudice with all its unintended and devastating consequences, and how love and friendship bring strength and healing.

“Paulette Mahurin’s first novel is surefooted and unflinching in its portrayal of a singular and unique character and her compelling struggles. Compassionate and confident, Mahurin allows Mildred’s story to burn through onto the page with all its inherent outrage and tenacious, abiding love. Here is a character we can champion—flawed, striving, surviving— and fully embrace in her awkward, beautiful navigation of a world that resists her in every way.”      Deb Norton, Playwrite/screenwriter of The Whole Banana

“If you need to question your values, read this book! The author captures the intolerance and hypocrisy of a 1895 Nevada town, and its transcendence in time through tolerance and understanding.  The angst and pain that two women feel daily, living the ‘lie’ of  their lesbian relationship, and the prejudice they must endure, is unconscionable.  I
was moved to tears by their struggle in the face of the conflicted values that continue to dominate our ‘modern’ society.”   —William K. Fox, PhD, Professor of Zoology

5 responses to “Interview With Paulette Mahurin, Author of “The Persecution of Mildred Dunlap””