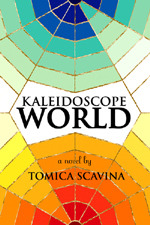 Review: If open in the genre, it is a story that catches the interest immediately. And within a few paragraphs, if not a few sentences, the mood and tone is set: a young woman, somewhat listless, dissatisfied, unsure yet at the same time, knows or feels action needs to be taken. There is a palpable feel of helplessness combined with a carefully contained frenzy of mania that may strike at anytime, yet no one around the individual may ever know.

The author accurately invokes the behavioral after-effects an adult can display when having experienced strong or continuing trauma as a child and/or teen. All the little thoughts, the impressions, the observations all mostly unspoken that cross the mind all referencing back to those times. Internally you think yourself insane, but you are actually one of the most sane because you daily, hundreds of times, have to face and overcome memories that might drive another crazy. Or, in this case, you can embrace a special kind of madness and make it work for you simply because you cannot find a way to be rid of it successfully.

Descriptions, something I often note, were in balance in my opinion. There are times when the story, the characters, the scenes needed more details, yet didn’t slow the pace and flow. Other times, a minimalist tone allowed for more focus on the emotions, the dialogue, arcs leading to the climax. Kaleidoscope World was balanced and enjoyable in that, with the only thing even somewhat of a hinderance being the length of paragraphs at times. I felt especially with certain dialogues and thoughts of Dahlia, the main character, they could have had more impact were structure different.

Invocative, beautiful but also agonizing in raw but necessary emotion, especially for those of us who have had to trod similar paths…or may still be doing so.  This story could be anybody’s: a close acquaintance or even a past lover you never could understand but wanted to, a brother or sister…a parent. Quite outstanding and unforgettable.

Description: A collector of kaleidoscopes and lousy relationships, Dahlia Kasper leaves her possessive alcoholic mother and moves from New York to Barcelona. In search of lost bits of her childhood, she starts living in an apartment where her father was murdered when she was four. As soon as she enters the apartment, strange things begin to happen.

Her favorite kaleidoscope becomes a gateway to another dimension where she encounters a ghost of a famous physicist from the 19th century who tries to persuade her that reality is like a moth-eaten sweater – full of holes. He needs her to help him plug up these holes and save the world from vanishing, while the only thing Dahlia really wants to save is her sanity.

This is just a part of Dahlia’s problems. An elderly cello-playing neighbor turns her emotional world upside down and her longing for lost home takes her further that she ever imagined she could go. To collect all the scattered kaleidoscope-bits of her life together, Dahlia needs to go through an intense inner transformation that takes courage and a sharp sense of humor.

Tomica Scavina (1975) is a psychologist, who, at some point in her life, felt that her professional life was squelching her creativity. She diagnosed herself as “overly normal” and returned to her forgotten love of writing fiction to unleash her creative streak. This resulted in three novels.Tomica lives in Croatia and for now the only one in English is Kaleidoscope World. It is a psychological thriller with elements of mystery. If you find anything “normal” on its pages, let her know – she’ll find a way to cure it. Find out more about Tomica on her website: www.tomicascavina.com