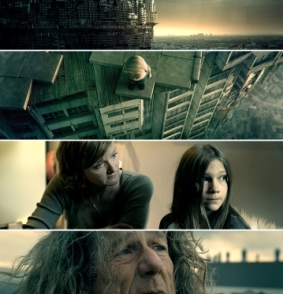 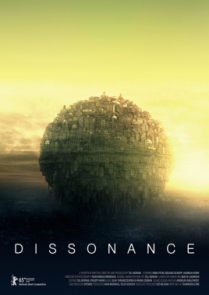 Dissonance premiered at the 65th Berlin International Film Festival in February 2015. A year later, as Berlinale and other festivals begin soon, this sorrow filled but beautiful short is revisited.

Description: “A genius musician lives a lonely life in a surreal, floating world. He plays the piano every day in a gigantic concert hall, but there is nobody to listen. One day his animated world collapses and reality breaks out. The film seamlessly transforms from an animation into a live action drama, reflecting the journey from his psychotic mind into the real world. He only has one wish: To play for his daughter, which he is not allowed to visit.” From IMDb.

Dissonance shows the curious nature of the modern German mindset. Old thoughts and beliefs, the quickness to label and categorize, dismissive of the possibility of error. An example: the daughter saying her father said he would teach her how to play the piano and the mother say no, he can’t, how is that possible: “He wouldn’t live on the streets if he were so capable”. Then you have those who are quite open, so open, they accept any and all frames of thought and ways, which can be good and bad. That’s a societal introspective from a non-German who was born and lived in Germany for many years.

However, the personal aspect of the story creatively presents a situation that can happen in families most anyplace they are in the world, whatever background: the parents have separated because of some real or perceived failing on the other’s part. One parent feels they must protect the child from the “failed” parent. Sometimes they really do need to, at others, it is as an imagined a danger as the pianist father’s animated psychotic fears of the world, which he shares with a stuffed animal. It’s all he has physically left of his daughter. This stuffed animal shares his world, interactive and observant but silent, until when sadly put aside by the pianist who sadly accepts he will no longer be allowed in, the toy tells his own story.

Dissonance was stylishly, beautifully done. Very simple in a way, but profound, thoughtful, sad and hopeful at the same time. The daughter naturally yearned for her father, but the mother’s acceptable fears vs. the father’s misunderstood fears, would likely keep them apart too long. The father, whose daughter meant so much to him, seemed ready to succumb to loneliness, his psychotic difference and “The Edge” he had avoided for so long.

Description: “In Football We Trust” captures a snapshot in time amid the rise of the Pacific Islander presence in the NFL. Presenting a new take on the American immigrant story, this feature length documentary transports viewers deep inside the tightly-knit Polynesian community in Salt Lake City, Utah. With unprecedented access and shot over a four-year time period, the film intimately portrays four young Polynesian men striving to overcome gang violence and near poverty through American football. Viewed as the “salvation” for their families, these young players reveal the culture clash they experience as they transform out of their adolescence and into the high stakes world of collegiate recruiting and rigors of societal expectations. Written by In Football We Trust

“Family means a lot to Polynesian cultures, but sometimes family can feel like a blessing and a curse. Especially under these circumstances, with so much at stake for adolescents still prone to mistakes in judgment, who may make bad choices but have so much hope and responsibility on their shoulders.

I’ve not been an American football watcher for well over a decade, though I used to follow it closely. I listed away because it began to feel so contrived, just about the money, about team names, not the individuals. Or rather too much about the individual: the showboating, the attitudes and self-entitlement. Although it’s unlikely I’ll ever go back to actively watching, this film inspired me to again selectively follow the careers of some players because it highlighted their drive, desire, and love for the game, their determination to succeed not just for themselves, but to support their communities. It also showed how the pressure to succeed, both from schools, teams and their families, can bring push them to breaking point. END_OF_DOCUMENT_TOKEN_TO_BE_REPLACED 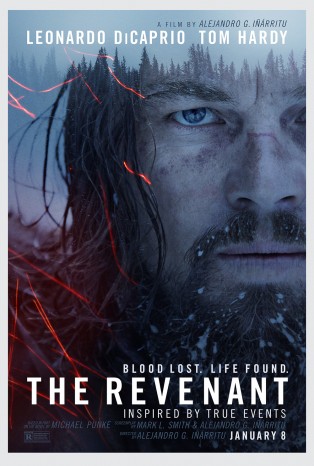 Review:
With its honest portrayal of life spend in nature, the shifts between intense action and often tedious but necessary patient waiting and work, “The Revenant” was rumored to be an unforgettable film centered on Leonard DiCaprio’s performance and it delivered. “The Revenant” is directed by Mexico-born Alejandro González Iñárritu, an award-winning writer, director and producer born, an artist known for works highlighting the complexity of human motivations and needs. Self-described as music more often influencing for his work than other films, one easily discerned this in his latest offering for it was like watching a movie equivalent of a symphony: slow movements, a rising crescendo, and at last a finalé and resolution.

There have been survival dramas in the past, and the closest equivalent I can think of is “Jeremiah Johnson” (1972), whose titular character was played by Robert Redford. A similar theme of vengeance against those who wronged and murdered his adopted native family is central, as well as the poignant ending. DiCaprio’s character Hugh Glass was left to die after a bear attack, though mostly because his former comrades rationalize this eventuality is best, but also to save themselves from threatening natives. Thomas Hardy’s character, John Fitzgerald, is most outspoken to abandon Glass along with a half native son, whose people and all natives John deeply hates. However, he volunteers to stay behind to witness Glass’ “passing”, but as soon as the others leave his rancor is made evident to both Glass and his son.

END_OF_DOCUMENT_TOKEN_TO_BE_REPLACED

Plot: “Minka is a teenage Polynesian boy living in the heart of the city. With his P-addicted mother well on the way to going completely off the rails, three people enter his life – each with a promise – each with the power to destroy.”

“Minka lives in a home where his mother obviously loves him, but who suffers from emotional and mental disorders due to domestic violence and intergenerational trauma. She has long attempted to self-medicate through substance abuse, triggering episodes where she terrorized and abused her son leaving him traumatized as well. Like many children in such homes, however, he is deeply devoted to her, serving as a keeper, a parent, his own childhood lost through having to take care of both her and himself, a lonely existence.

When his long absent father Joe returns offering him work, his mother having used all their funds on drugs, Minka accepts, not knowing what it really involves. Soon, the reality of the ‘requirements’ hits hard, leaving Minka between the proverbial ‘rock and a hard place’.

END_OF_DOCUMENT_TOKEN_TO_BE_REPLACED 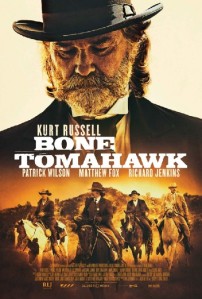 “Four men set out in the Wild West to rescue a group of captives from cannibalistic cave dwellers.”

“Russell, Fox and Jenkins give realistic, believable portrayals in their roles. Facing danger and death with the stoicism and dry wit historically attributed to many European settlers, as well as the historic though understated bigotry towards any non-whites one character voiced. Russell was on-point, his expressions and reactions excellent as Sheriff Hunt, and his “back-up” deputy Chicory played by Richard Jenkins and he had personal dynamics that really made the film.

Deaths were very, very graphic both visually and audibly in a stark brutally simplistic way. There is nothing of comedic horror in this film, of absurdity or “bloodshed for fun”. The setting, the “reality” of their situation were harsh and horrific in the exact sense of that word, and though tagged as “horror” in genre, it’s not one I would personally apply. While I didn’t care for the typical “settler heroes” vs. “savages” theme, the comment by a Native American in the film, “Those are not MY people!” provided some relevant clarity and truth that all indigenous are not homogeneous, past or present.